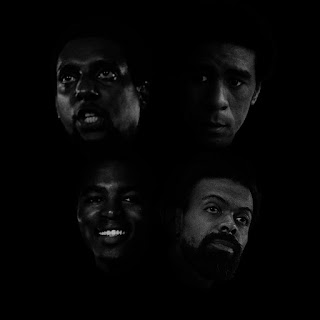 (above) Album cover for Oracles by Sir Tumes.

All comments, questions, and general feedback can be sent to radiobsots@gmail.com.  Record a voice message and send it my way or leave one at the Speakpipe page!

A few months ago, I came to the conclusion that I use my podcast feed like a pop-up shop, disappearing for indefinite periods of time until I have something to share with the public and then returning to the podosphere without so much as an alert or hardly an announcement.  Parts of my being remain 100% unapologetic about that.  For someone who's been podcasting since August of 2005 with the initial hopes that this show would reach as many listeners as possible, one would think that I wouldn't have such a disdain for online public interaction.  Then again, I can't remember the last time I've attended a podcasting conference.  Maybe it's a sign of getting older, maybe it's just a result of me doubling down on my hardcore introverted tendencies ever since the COVID-19 pandemic started.

Late in the month of June, I got this burst of inspiration and recorded some voiceovers, which sat untouched on a SD card for almost two months before I started editing them.  Seeing as how the month of August is an anniversary month for Radio BSOTS, I suppose it makes sense that the final push to get this episode out is happening now.  The songs featured on this one were released between 2013 and 2021, the majority of which came out in 2020.  Seeing as how America and the world is still in the midst of the aftereffects of that catastrophic year, that's probably not a coincidence, either.  A number of these selections reflect the racial strife that came to a head two summers ago along with a lyrically critical eye on Trump's presidential agenda (never mind the perpetual state of the  pandemic that we're still not out of, but a large section of humanity pretends isn't really a thing anymore).

So this is my summer offering from Camp Lo-Fi.  Eleven songs plus a 17 year-old blog entry equals 49 minutes of your time, served up in a BSOTS GONE (buck)WILD style.  (Admittedly, the music does the heavy lifting.)  Hopefully, you will consider it time well spent.  Thank you for listening.