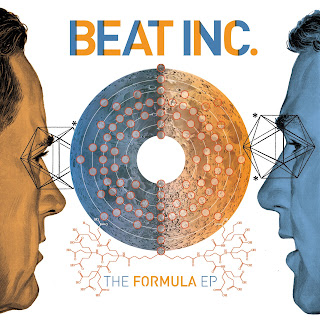 All comments, questions, and general feedback can be sent to radiobsots@gmail.com.  Record a voice message and send it my way or leave one at the Speakpipe page!

I suppose it was a foolhardy notion that I would have this done by Election Day.  Real talk: as long as this lands in the podosphere before November's over, I'll chalk that up as a win.

As the last installment of the Tranquil Beats series, I think this one is far and away the best of the five.  The blend session for this playlist of songs was recorded on Halloween and it feels really inspired.  This one will probably speak to the beat junkies and sample hunters more than the others.  From the live take on a Nas instrumental by Will Sessions to Just Plain Ant messing around with Donald Byrd to CASTLE's psychedelic head nods infused with the work of The Rotary Connection, there are a number of beautiful selections here.  Jesse Futerman's "I Love You So" represents those moments with instrumentals like these where one can't tell where the sampling ends and live instrumentation begins.  The sonic sweetness of Machinedrum's "Center Your Love" remains a high point (one of my favorite cuts from his Vapor City album), as well as the swirling emotional rush of Elephant And Castle's "I Will."  DF Tram's "Body Fizz" makes for a wonderful closer with its playful lyrical refrain and Alice In Wonderland soundbites.

If you're new to the Tranquil Beats series of episodes, I certainly hope that you will take the time to listen to them all.  I have linked to the previous shows below.

Other key info:
Macedonia on Mixcloud
BSOTS on Bondfire Radio
The Sarah Awards | PodTales 2020
Accession Podcast Episode #23: Take Me To The Water